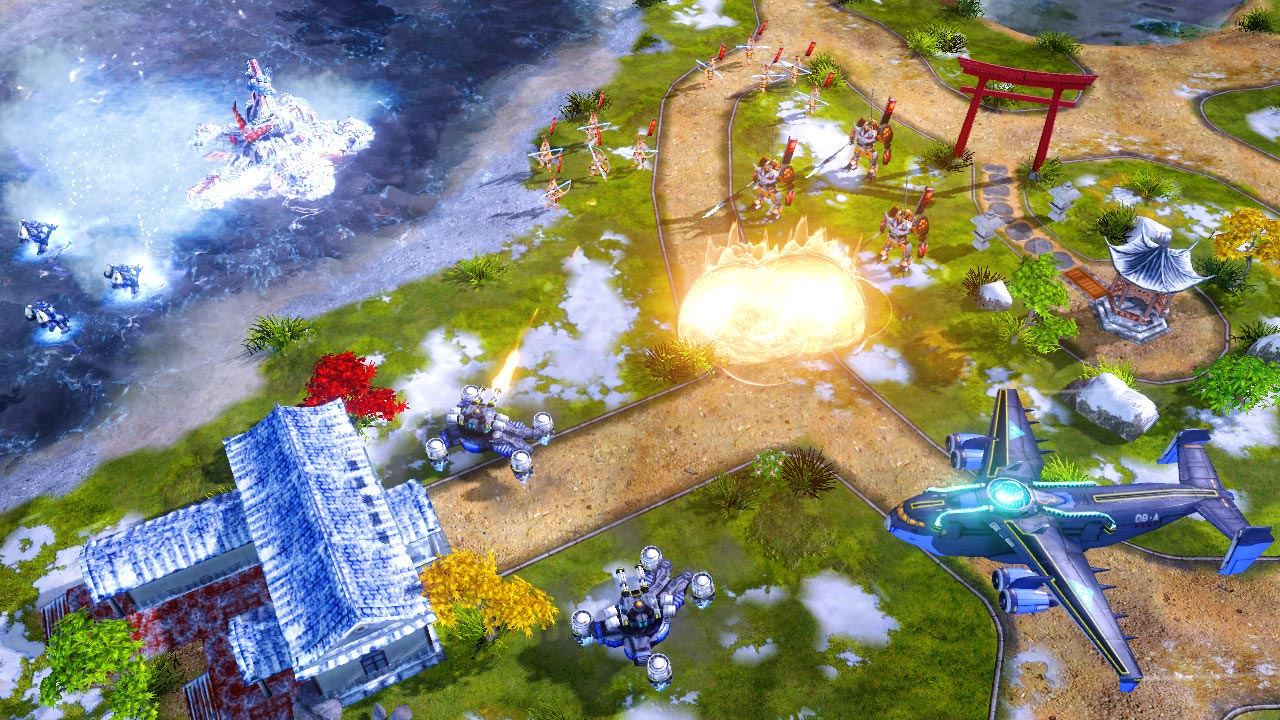 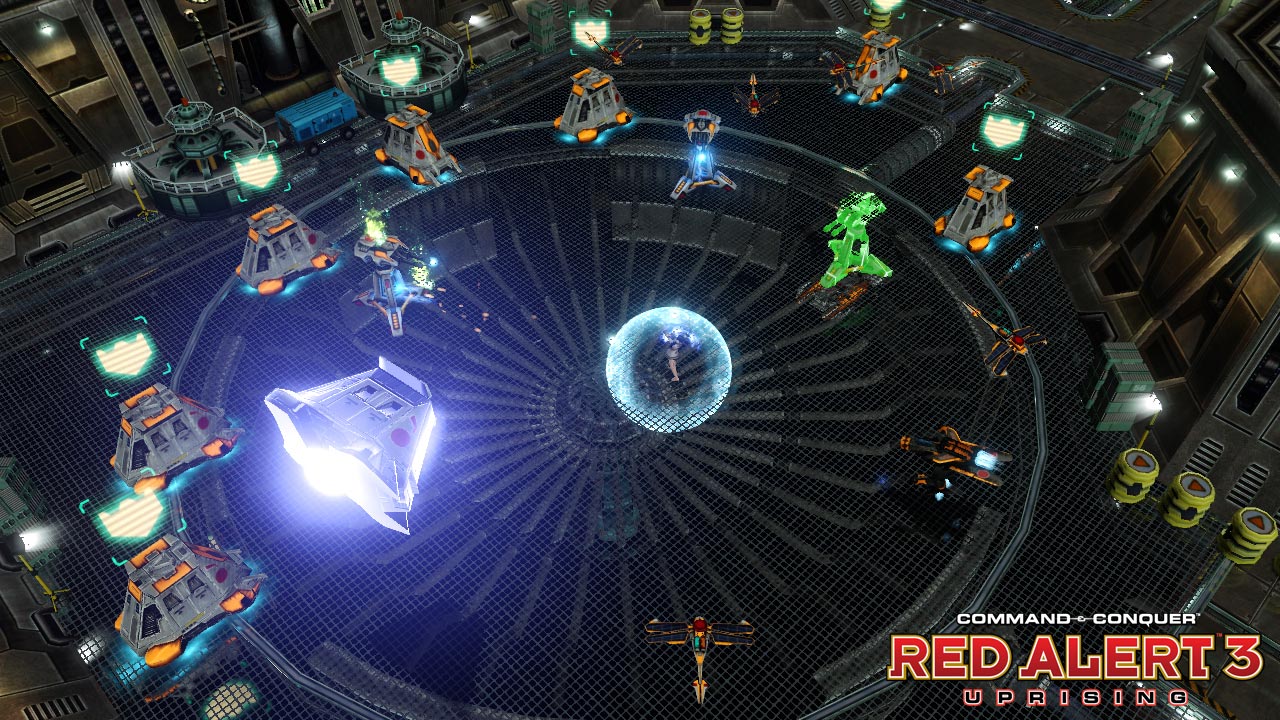 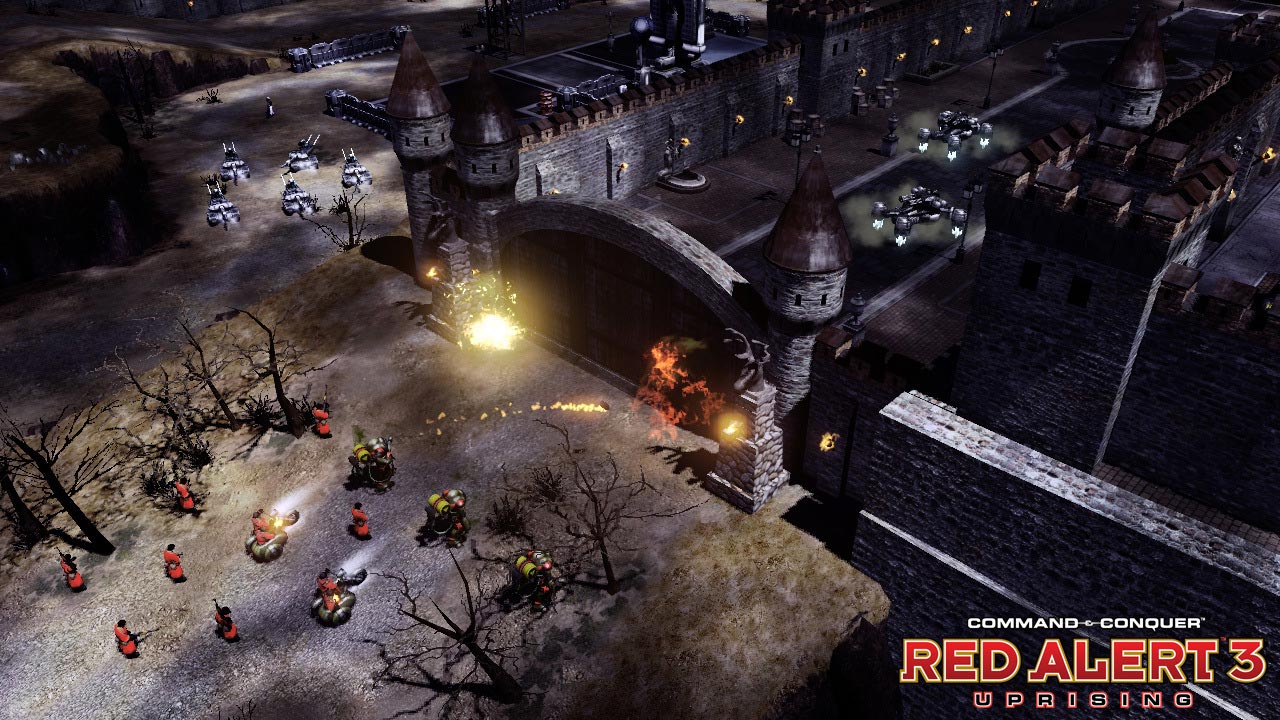 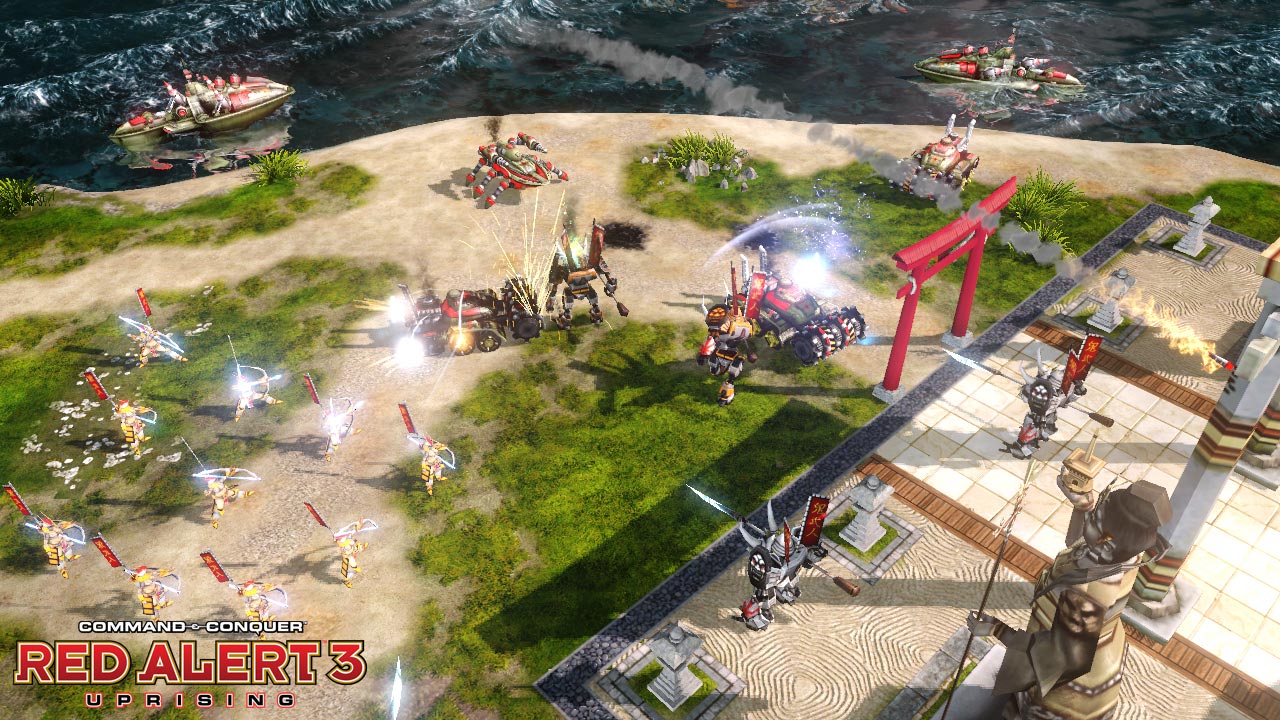 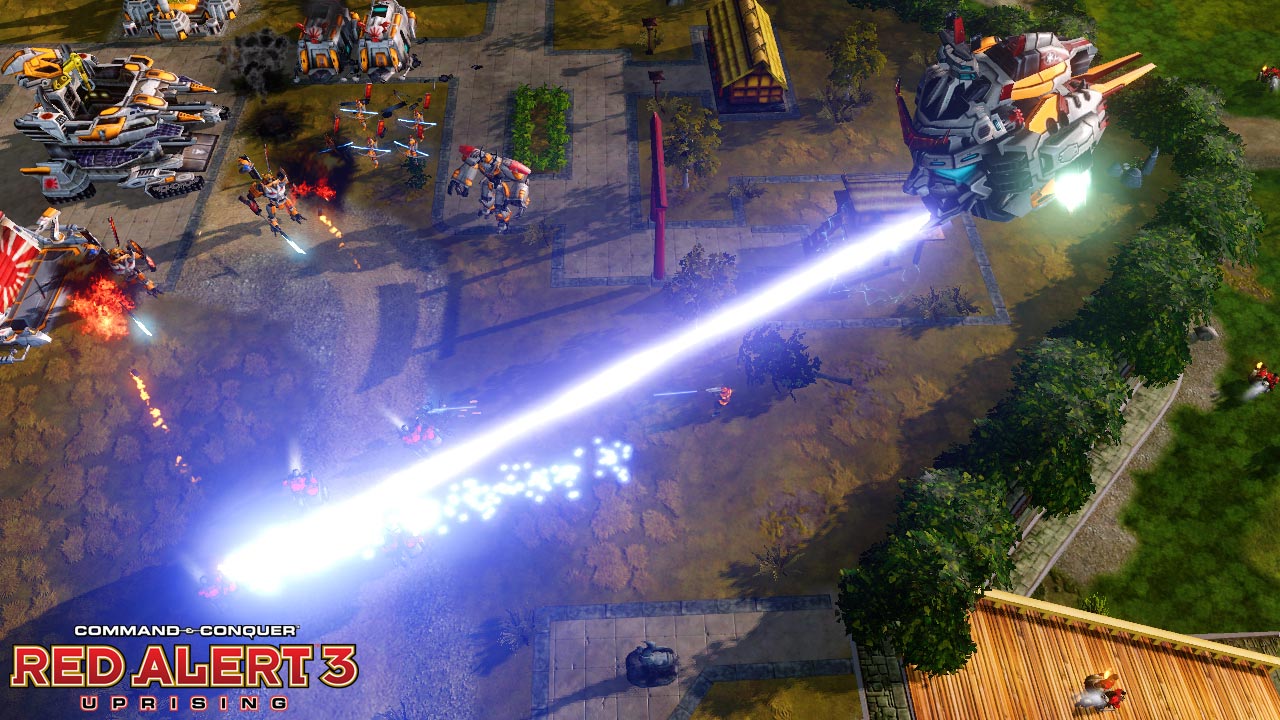 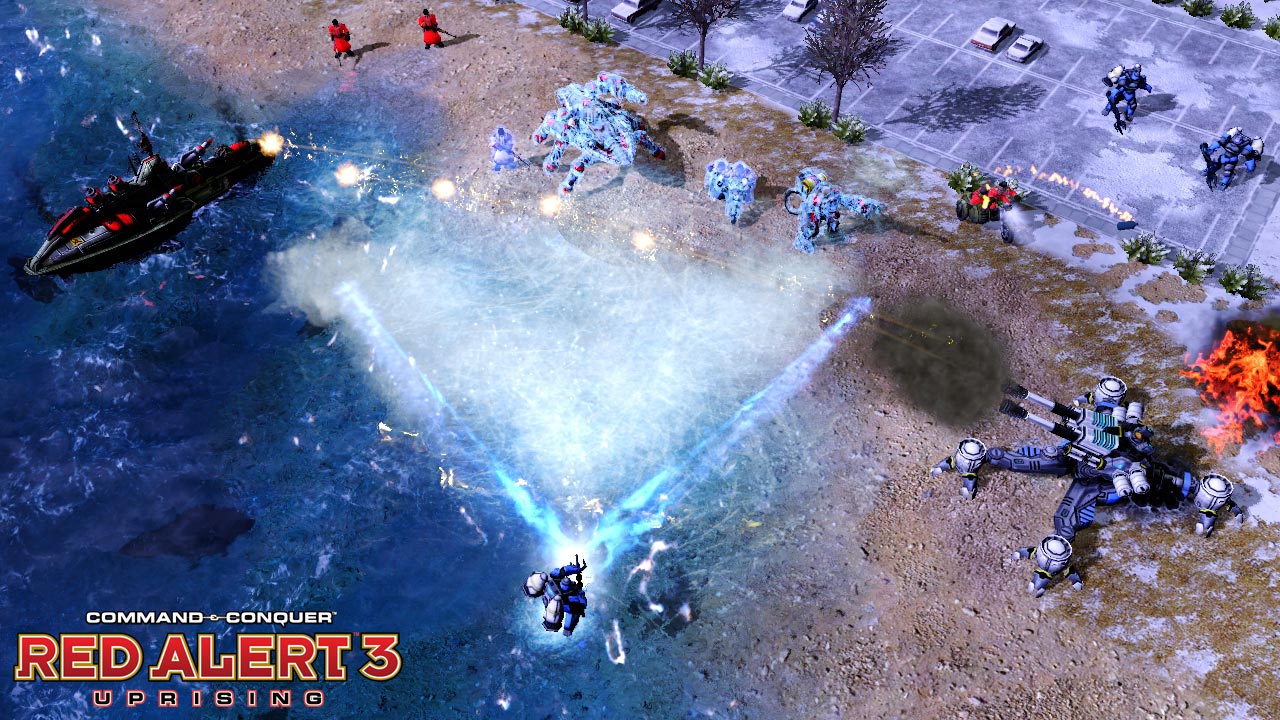 ========================================
Command & Conquer Red Alert 3: Uprising is a global expansion of the original game, consisting of several campaigns for individual play. The plot of Command & Conquer Red Alert 3: Uprising tells the story of the events that happened after the end of World War. The USSR is trying to revive after a crushing defeat, the Empire seeks to regain lost pride and self-awareness, and the victorious Alliance is forced to fight corruption in its own ranks. There are 4 campaigns in the game (for the Alliance, Empire, USSR and an additional one telling about the adventures of Yuriko Omega). The plot of the game will be revealed in the same way as in the previous parts - through high-definition videos with the participation of Hollywood stars. You will see Gemma Atkinson and Ivana Militsevich, already loved by the audience, as well as many, many other wonderful actors.

• Long-awaited return. After seven years of waiting, the story of Red Alert continued. The new game has everything that fans loved the previous parts for: trademark humor, absurdity honed to shine and an epic plot. Also, thanks to modern technology, Red Alert 3 complements its impressive list of advantages with advanced graphics
• Tanks-transformers and samurai. The arms race between the USA and the USSR did not stop for a minute, the two superpowers selflessly prepared for war, but overlooked the birth of the third contender for world domination - Japan. The land of the rising sun, like no other state, has advanced in science. Its troops are a unique blend of ancient traditions and cybernetics.
• What if? The entire Red Alert series is based on the question "What if?" and makes the most incredible assumptions. That is why she is loved all over the world. What if the Soviet Union survived and continued to develop? What would it become in ten years? What if the Japanese Empire never knew defeat and became the most technologically advanced power on the planet? Do you want to know how the world would have changed if it were all true? Look for answers in Red Alert 3!
• Theater of the absurd! Bears in bulletproof vests, demolition dolphins, soldiers who shock the enemy, flying fortress islands, transforming tanks, grotesque robots from Japanese cartoons - you will never forget this war!
• On land, in water and air. Surprise your opponent by building a fortress on the water - his armada of tanks will be left with nothing. The sea element not only increases the number of tactical maneuvers available, but also contains a number of unique resources. Fight on land, water and air!
• Stellar video. The plot is presented in stunning videos of excellent quality. A total of sixty minutes of high-definition live video featuring famous actors.

1. You need to download and install Steam http://steampowered.com/download/SteamInstall.msi (if not already installed)
2. Create a new account on Steam or go to an existing one
3. Copy the received link and paste it into the Internet browser
4. Accept a gift to your library or add to your inventory
5. After activation, the game will appear in your list of games and you can install it