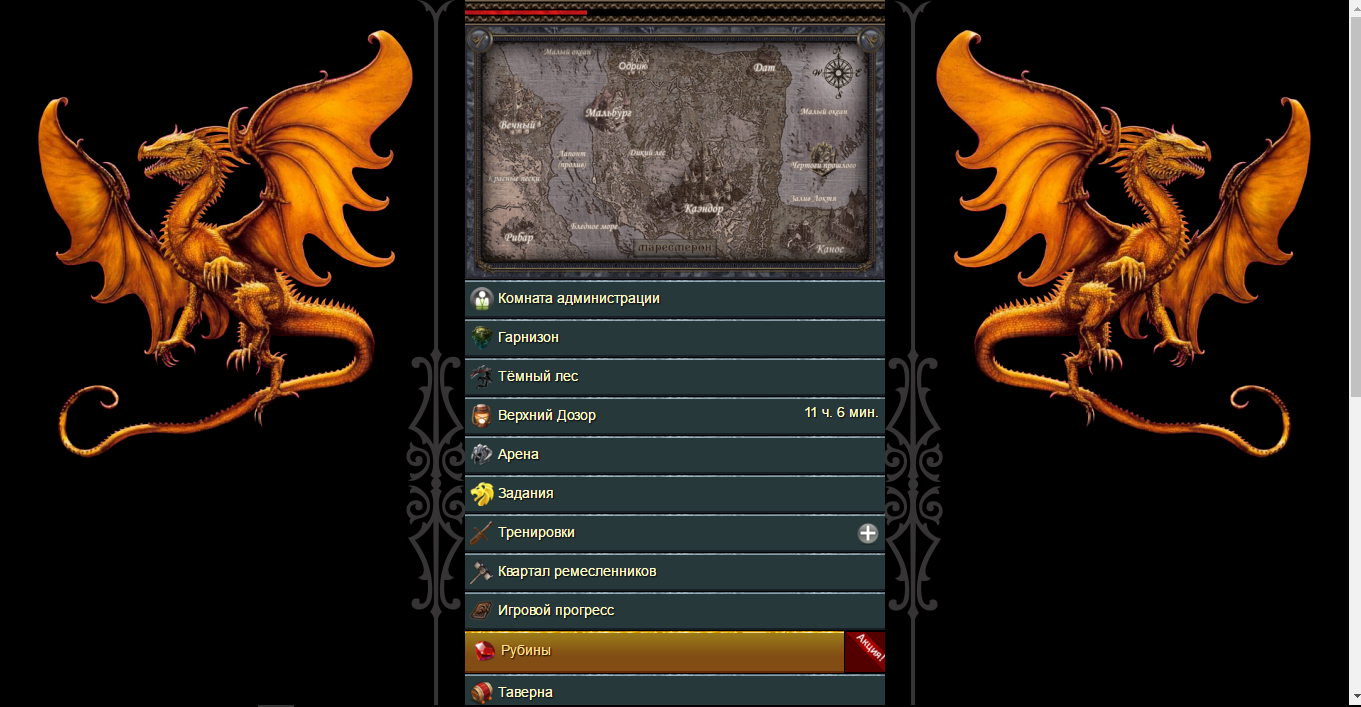 MyFrend information about the seller and his items
offlineAsk a question

--- Immediately when performing any of these tasks increases the level 5 which increases the number of H and a reward for the performance)
--- These jobs I have invented myself)))
)
7 - Training (in training to improve their response in time, if a player wants to pump faster then spend rubies
What characteristics are:
1 - Attack
2 - Vitality
3 - Regeneration
4 - The ability to "shield"
5 - Ability to "Rage"
On their description will be lower
)
8 - Jeweller (Gem exchanged with H level on the above, there are two sections on one exchange and trade all at once)
9 - The Enchantress (Creates rolls, each roll has as its level, the higher the level the more time it is created)
10 - The merchant (I have not done it but the meaning write, he puts things on sale at the colors of rubies, things can be better than a player gets in the garrison)
11 - Smith (Smith produces a new purple thing with the stochastic characteristics of the 6 gems of the same level of things is the level gems Sometimes the blacksmith can produce orange or red to orange thing 1/10 chance, a chance for the red 1/100....)
12 - Master Portal (Portal Master can open the door to the secret world of Open portal can be a gem, the higher the level of gem the better characteristics of things and more experience.)
13 -. Brotherhood (1000 Creating fraternity rubies Brotherhood enhances the player experience obtained Invite players in the fraternity is possible only after 19 levels, each fraternity there is a limit of 25 players..
There are dragons, 6 pieces, after the first victory over the dragon, players can kill the next but he was stronger than the previous one, to kill the dragon may all who are in this brotherhood, for the murder of the dragon get experience and 3 casket, experience is considered from the resulting damage to the dragon.
There is also a chat in the fraternities and the treasury. Treasury is still in development.)
14 - Chat
15 - Forum
16 - Mail
17 - Ranking of players (
1 - Rating Bonus
2 - Rating attack
3 - Rating resistance
4 - Rating regeneration
)
18 - Elixir (In battle the player can use it to restore health)
19 - Shield (Also can be used in battle to block the blow monsters Shield can be pumped in training)
20 - Rage (Increases the damage done hero Rage can be pumped in training)
21 - Double Impact (Increases punch the opponent in 2 times, but with a limit of 3 seconds)

22 - Regeneration (. Increases the life of the player if he is less than expected, 1 x 1 sec can be pumped in training)
23 - Character
(
1 - There is an avatar which shows what a thing is wearing.
2 - Displays experience
3 - In what brotherhood is and what his position
4 - Equipment:
(
1 - The list of things that a player put
2 - Backpack - 20 items limit, if more than the player or parses thing on gems or carries them in a wardrobe)
3 - cabinet used to store items if the player does not want to disassemble. Just limit 20
4 - Gems: Gems output list, the number and level of
5 - Scrolls force: Displays the list of scrolls, the number and level of
6 - Caskets: Open the list of caskets and keys, if there is no key to the casket is open it is possible for rubies, if you have the key to open it for free. The opening price of the casket of rubies level * 2, Caskets can be obtained by performing assignments in Garrison, for the murder of the Dragon (the Brotherhood), for the passage of the Watch.
)
)
24 - Purchase ruby (via SMS SMSBILL> COM> UA, where you can buy 3 keys, chests, if the player purchased the currency may see your purchases)
25 - character level (level 200)
26 - Monster (Monster 93)

In yet everything I will build upon.
Help to install
Additions and updates as bug fixes for free.

1000 Gold (Any amount of gold) Soulflayer