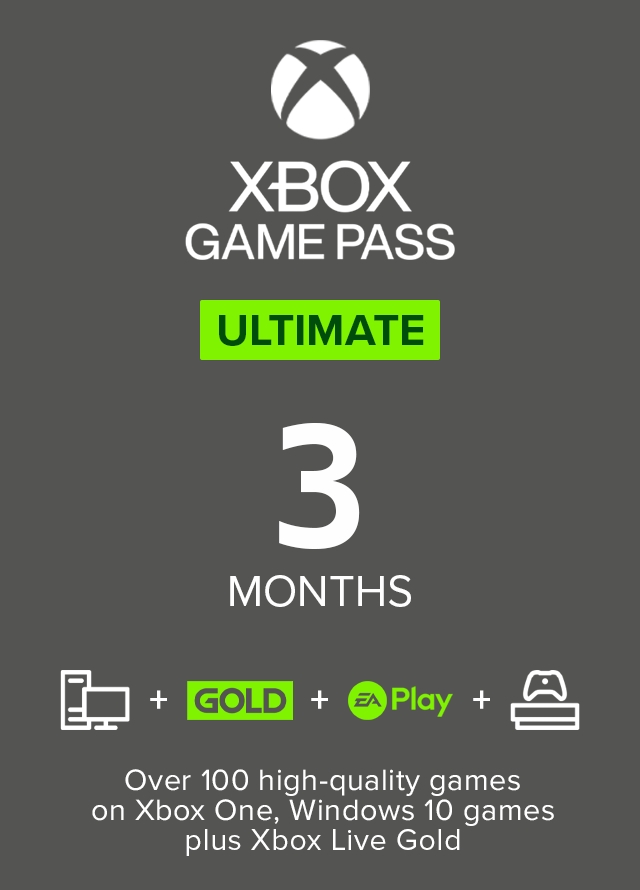 OneOnlineShop information about the seller and his items
offlineAsk a question

You are purchasing Xbox Game Pass Ultimate - 3 months subscription. WORKS ON OLD AND NEW ACCOUNTS!
To activate this code you need to change your account region to USA.

Please leave a comment about your purchase - we will be very grateful to you.